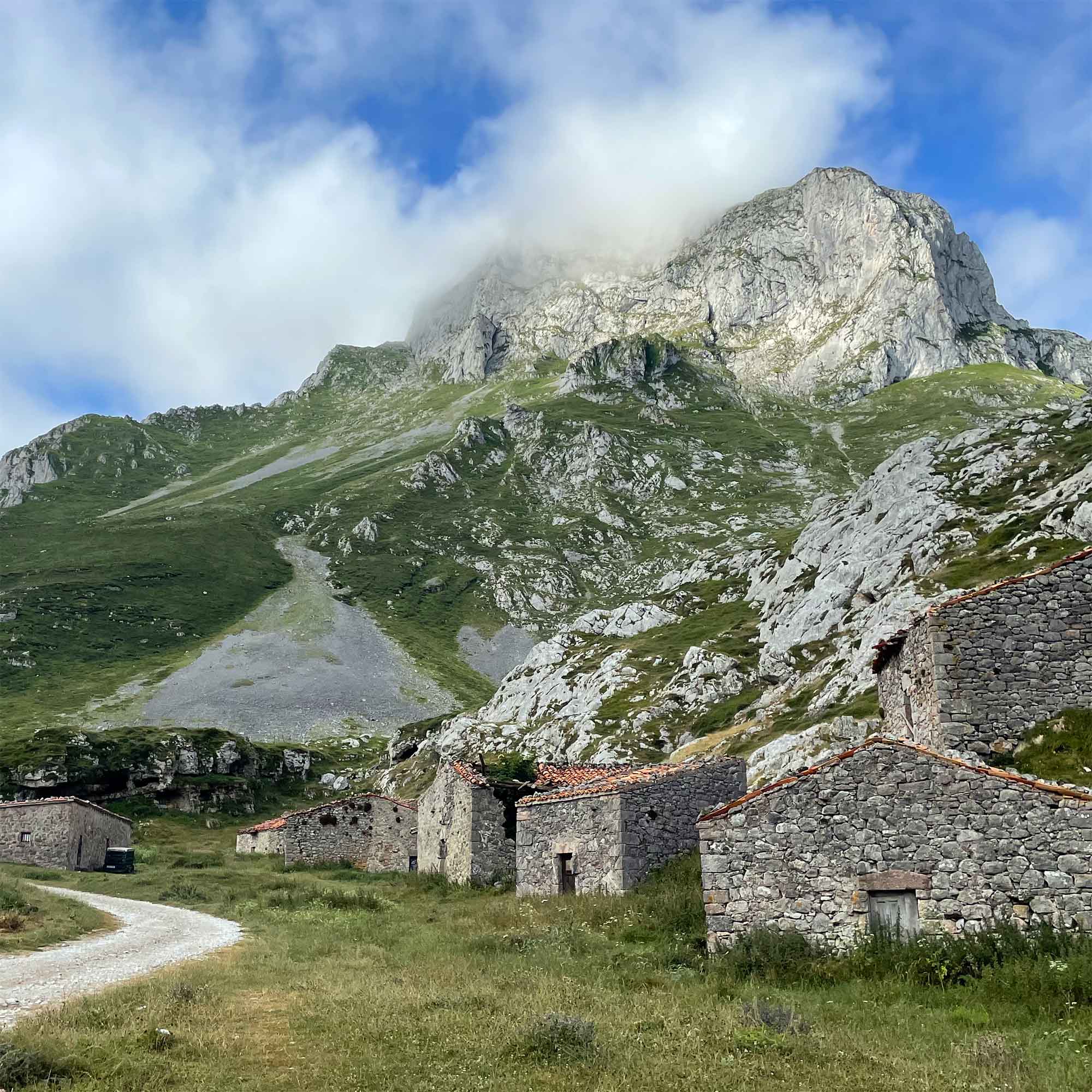 We started our route at Potes and followed the path in four stages. During the first day, we rode to Espimana through a beautiful forest of beech and birch trees, and climbed up until we reached the Alto de la Triguera (1.890 m). Then a fast track leaded us to Posada the Valdeón where we spent the night.

On the second day, we headed to the top of Puerto de Panderruedas (1.450 m), following a track that passed through a deep forest until we reached the pass. From there, we followed the road to Oseja de Sajambre crossing the Puerto del Pontón (1.806 m) and cycling down twelve kilometers until we turned right to Soto de Sajambre, a tiny beautiful village located on a high valley. After a quick lunch, we climbed up to Puerto de Beza pass (1.750 m) following a very old Roman trail (known as Senda del Arcediano). The path was impossible to cycle, therefore we had to carry our bicycles a long way until we found a track that leaded us to Amieva. The worst thing was that the weather was wet and cloudy with a dense fog along the way. It was very late at night when we reached Amieva village. So, we had to ask for a drive to Cangas where we were supposed to overnight.

Luckily for us, the third stage was a pleasant one: we followed the local road from Cangas to Arenas de Cabrales, and from there to Poncebos where we stopped for a healthy ‘spaghetti al cabrales’ (popular local cheese). We could reach the village of Sotres by mid afternoon. So, a good time for a beer and a relaxing shower at the mountain hostel.

The fourth (and last) day was the best, since the track followed the high Duje river valley between Los Urrieles and Andara mountain range. Cows, sheep and horses were pacefully grazing while we kept on cycling uphill in a quite confortable track. After we reached Puertos de Aliva, we drove downhill a long way until we passed Mogrovejo and entered the main road that we followed until Potes, our departure and final location.

A farewell dinner was the rewarding pleasure that we had really deserved after this four day tour around Picos de Europa.

Any cookies that may not be particularly necessary for the website to function and is used specifically to collect user personal data via analytics, ads, other embedded contents are termed as non-necessary cookies. It is mandatory to procure user consent prior to running these cookies on your website.